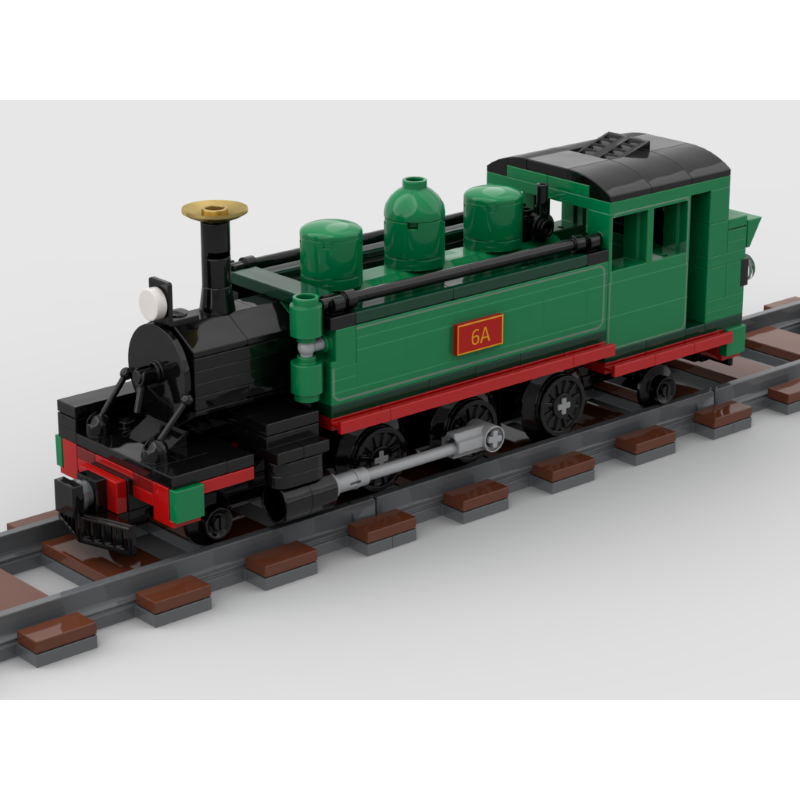 The iconic narrow gauge Puffing Billy locomotive is now available as a custom model from The Big Brick.

The Big Brick is proud to offer this fantastic custom model of the iconic Melbourne Puffing Billy Railyway locomotive.

The NA Class narrow gauge locomotives operated on several railway lines in Victoria Australia:
• Wangaratta to Whitfield line
• Upper Ferntree Gully to Gembrook line
• Moe to Walhalla line
• Colac to Beech Forest (later Crowes)
The locomotives weigh 36 long tons (36.6 t; 40.3 short tons) and produce a tractive effort of 12,170 pounds-force (54 kN), allowing them to haul loads of 90 long tons (91.4 t; 100.8 short tons) up grades of 1 in 30 (3.33%). Nos. 6, 7, 8, 12, and 14 have been restored and operate on the Puffing Billy Railway, and No. 3 is also on the Puffing Billy Railway, awaiting eventual restoration. The remaining locomotives have all been scrapped.
Locomotive 6A was built in 1901 and issued to the Colac to Beech Forest line and used in that line’s construction. Over the years, it saw service on all four narrow gauge lines, but mostly on the Colac to Crowes and Upper Fern Tree Gully to Gembrook lines. It was temporarily withdrawn from service in 1958 and returned to service at Belgrave in 1962 for the reopening of this line where it saw almost continuous service until being withdrawn in 1983. It has been restored, as far as possible, to its original condition with original design side tanks, low bunker, original size windows, etc., but a steel cow-catcher in place of the original style wooden one. It also has its original colour scheme of two-tone green with white lining.

22 other products in the same category: