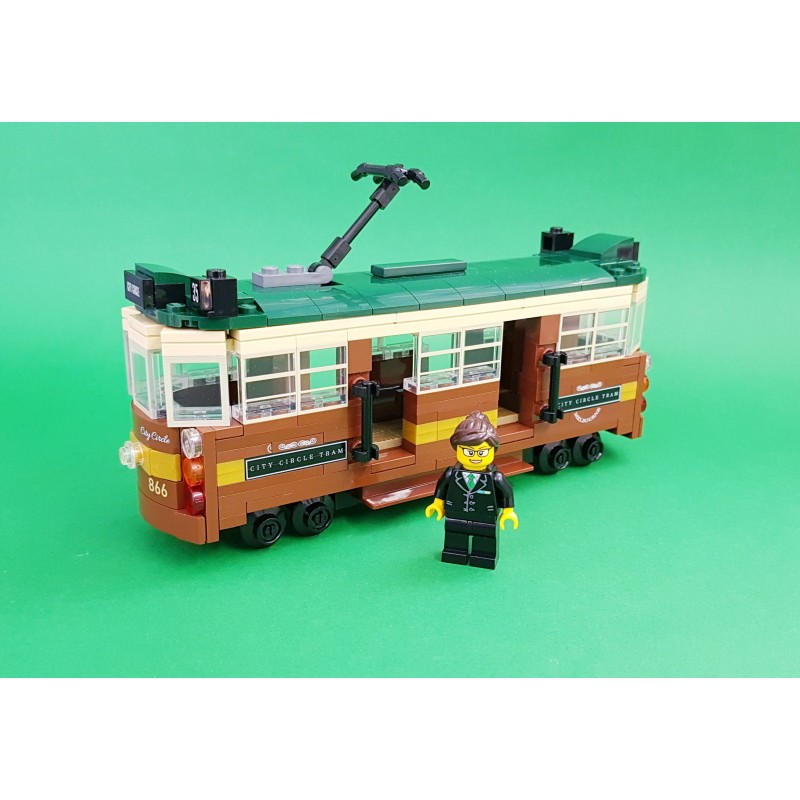 This product is no longer in stock

The iconic City Circle W-Class Melbourne Tram is now available as a custom model from The Big Brick.

The Big Brick is proud to offer this fantastic custom model of the iconic Melbourne City Circle W-Class trams.

The W-class trams are a family of electric trams built by the Melbourne & Metropolitan Tramways Board (MMTB) between 1923 and 1956. Over the 33 years of production, 752 vehicles spanning 12 sub-classes were constructed, the majority at the MMTB's Preston Workshops. The W-class tram is a cultural icon to Melbourne, those that remain in Melbourne are classified by the National Trust of Australia.

As well as Melbourne, W-class trams operate on tourist and heritage systems across the world. A number of older variants have been withdrawn from service and later sent to cities such as Copenhagen, Savannah and Seattle, and by private enthusiasts.

The City Circle Tram has operated within  Melbourne on a tourist based route with its own colour scheme, reproduced here in our custom  model.

22 other products in the same category: